3D platformer games can come in all shapes and sizes. Luckily this one is beautiful in shape and small in size. Which means it offers a maximum amount of fun and will run on any smartphone, tablet or PC.

Why has nobody ever seen a Yeti in real life? One theory is that they are perfectly camouflaged in the snowy woods and mountain tops where they are supposed to live. The most probable theory might be that they simply don't exist. But we refuse to believe that. Our very own personal theory however is, that a Yeti is simply to fast for us to see, let alone catch. Just look at this 3D platformer. This Yeti is not only as fast as Usain Bolt after he missed the bus, he can run for ever. Well, until you step into a Yeti trap or run straight into one of the various obstacles.

Run, jump, slide and rocket your way to freedom!

It seems to be the fate of all mythical creatures: it doesn't matter if you are Bigfoot, the Loch Ness monster or a Mermaid - there is definitely someone on this earth who wants to prove your authenticity - by capturing you. Not to mention probably exhibiting your stuffed remains in a museum. 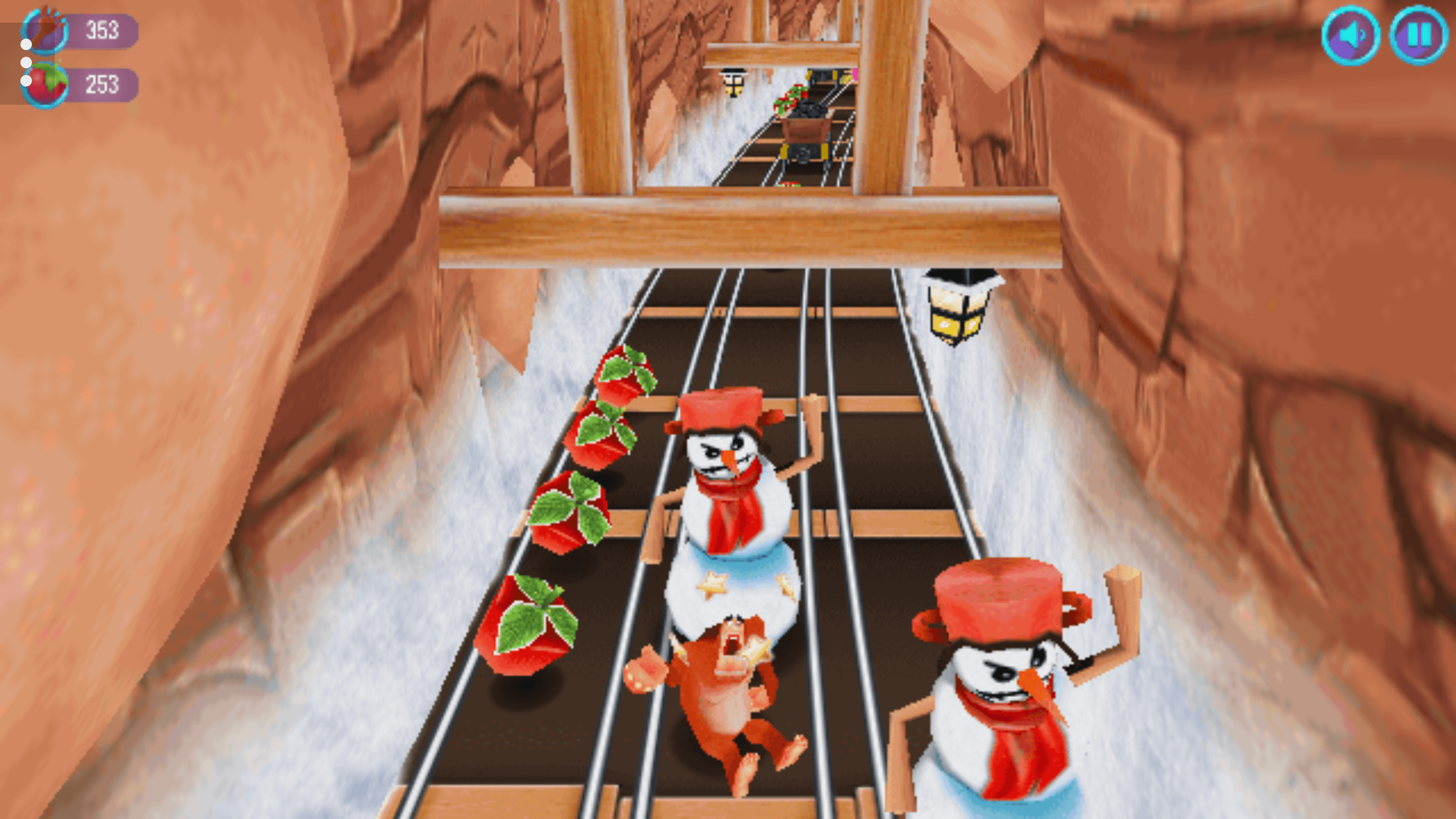 No wonder our Yeti is running like hell to outrun those who want to capture him. And he needs your help. A classic endless runner in the best sense of the word and in the style of the famous Subway Surfer app, Yeti Sensation lets you swipe left and right to avoid obstacles such as the traps mentioned above or cages, broken ice surfaces, logs and tons of other stuff.

Besides the classic 3d platformer tasks such as avoiding several obstacles you need to focus on collecting fruit, magnets or special items. And just in case you have never seen a Yeti riding a rocket at top speed through a village at the north pole, you now know what to expect.

A little more relaxed and perhaps one of the most beautiful WebGL games is this Helicopter game. Well, actually you are flying a plane, but the genre is called helicopter games. Anyway, you're flying. So does it really matter?

If you like 3D platformer games be sure to give Yeti Sensation a spin.